Violator of statistics in car companies

شناسه : 36770 17 دی 1399 - 11:01
the factors of price reduction and sharp price increase in the car market are equally present in the market and have greatly increased the risk of the car market. The current recession is not due to coronary restrictions and the temporary closure of businesses. People are looking for a clearer route for car prices so that they can enter this route with more security. We have to wait and see what factors will emerge in the car market

The car market ended the fourth week of December with a drop in prices, so that we can see the continuation of the downward trend in car prices in the market.

*** Heavy recession in the car market

The car market has been in a severe recession for about two months, and this recession is very significant. We have seen a sharp drop in prices in all markets, and the point to consider is that not all markets have fallen equally and simultaneously. For example, at the time of the stock market crash, the foreign exchange market became very hot and a lot of capital went into this direction. It is expected that in the current situation, it is the turn of the car market and cross-sectional reforms are underway in this market.

Car market participants believe that one of the reasons for the drop in car prices is the expected increase in supply in the open market. Increased production of automakers can be considered one of the reasons for this expectation. But what we see on the market to date are promises that have sometimes not been fulfilled, and we still see that many of the cars that have reached their due date have not been delivered to their owners.

Another issue that must be considered is the unprecedented increase in the supply of cars by manufacturers. The market has entered a severe recession due to the promises of high supply of the automaker, and if this is not provided soon, we will see the market return to an upward trajectory. Until the last two weeks, buyers have been waiting for an increase in supply and finally a decrease in car prices.

Another issue that can affect the car market is the discussion of parallel markets. Capital markets can hurt their parallel markets such as gold and foreign exchange due to their high returns. As the foreign exchange market slows down, prices are likely to continue to fall more rapidly. But if the capital market is hurt in the current situation, it is likely that the car market will also rise.

*** Is the fall in prices temporary?

Statistics show that the asset markets inside Iran, after the US presidential election on November 4, have clearly changed their direction. For the past 40 days, hot money has flowed from the gold and foreign exchange markets to the capital markets. This trend leads the car market to a downward trend. But the negative experience of shareholders has caused this fall in prices to be temporary. It is not recommended to enter any market in the current situation for capital affairs.

In the current situation, all investors in all markets choose the investment path more carefully. Investor strategy has changed since November 13, after Trump lost the US election and ended the policy of maximum pressure. Immediately, a large part of the liquidity went to the capital market, and this influx of liquidity led to the growth of stock market indices. We have always witnessed a decline in the capital market with the depreciation of the dollar, which is the first time this has happened in the Iranian stock market in recent years.

In addition to supply and demand factors, the recession in the car market depends on other issues. The situation caused by the Corona crisis caused the car market and other physical markets to be marginalized. The car is not highly liquid, and this caused a severe recession. In the meantime, many speculators in the car market have started buying and beating the cheap drum of the car in order to make a profit in the short term.

Experience has shown that excitement in the current market has played the most role in all markets, and this is not unique to the car market. After a two-week shutdown in Tehran, the car market has experienced a strange recession, and now that car shows have been open for a few days, no deals have been made. This is because with the reduction of car prices, many people have bought cars at high prices and are not willing to sell them at low prices in the current situation.

The issue of car imports is also an issue that may raise the issue of price reduction in its headline, but we will actually see an increase in prices in the market. Many high prices are imported to Iran, and this is an issue that raises the price of domestically produced cars.

An examination of the price trend of domestic and foreign cars shows that the price behavior of these two groups of cars is very close to each other and if the price grows in the domestic car market, we will see growth in the opposite group. It seems unlikely that car imports, if dominated by domestic manufacturers, will enter the market in a competitive environment. Price margins may be eliminated in favor of manufacturers, but there will be no opening.

*** What effect does the supply of cars have on the market?

Marketers and car analysts believe that the market will continue to stagnate up to 40,000 cars What the automakers have produced to the market. With the introduction of the car to the market, prices will fall sharply and may come out of recession. But the issue that raises doubts in this situation is the issue of the ability of carmakers to meet the total needs of two million Iranian cars annually. Demand is much higher than the supply of Iranian automakers, and this demand pressure will greatly increase prices in the medium term.

In practice, we are in a situation where many people are watching the market and it is rare for a heavy deal to occur in the Iranian financial markets. I am just witnessing the settlement of large debts and liquidity in the market. At the moment, people are afraid to buy a car because with the fall of the dollar, the price of a car has dropped and the number of car sellers in the market has increased again, but there is practically no buying and selling.

*** Subsidies allocated to steelmakers and automakers

Another important factor that can affect the car market in the long run is the issue of subsidies provided to steelmakers and automakers. Under these circumstances, the cost of products made of steel will be drastically reduced and will help to be part of the losses of automakers. But this is unlikely to reduce prices.

In the current situation, we saw the first exclusive supply of steel to the home appliance industry this week, which will help reduce the price of steel sheets and make them easier to access. Commodities are also declining.

*** Procedure for offering steel sheets on the stock exchange

With the implementation of the steel sheet supply procedure in the stock exchange, the difficult conditions of steel distribution will completely change, which will benefit car manufacturers and major steel consumers. Timely and cheaper supply of production inputs such as steel will affect car prices in another one to three months and prices will fall. But this issue is strongly opposed to the increase in car prices in the style of Irankhodro and Saipa. Each season, the two automakers raise prices by 20 percent, and the impact of subsidy schemes will not be to the benefit of the end consumer.

In conclusion, the factors of price reduction and sharp price increase in the car market are equally present in the market and have greatly increased the risk of the car market. The current recession is not due to coronary restrictions and the temporary closure of businesses. People are looking for a clearer route for car prices so that they can enter this route with more security. We have to wait and see what factors will emerge in the car market. 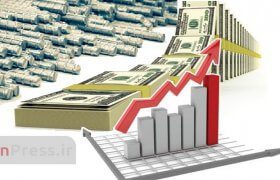 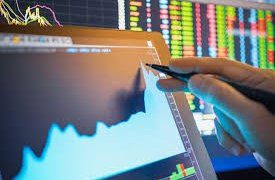